WHAT IS THE BEST TEXTURE IN POMEGRANATE EXTRACT?

Contrary to the common belief, a thick texture is not a sign of good quality in pomegranate extract. It actually indicates that the product is no longer beneficial for your health. A thick consistency is not an indication of a high density in pomegranate but a sign of the caramelized fruit sugar.

The ideal texture of pomegranate extract should be not too heavy/thick nor too light/thin. 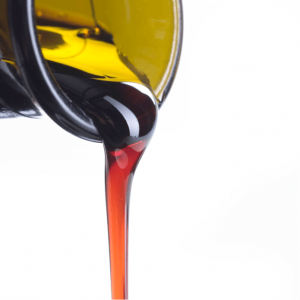 The natural sugar in the pomegranate juice caramelizes and the carcinogen HMF (Hydroxymethyl Furfural) is exposed in excessive quantities due to boiling over high heat for long periods.  Researches shows that there is 20-100 % more HMF than the healthy value in pomegranate extracts exposed to high temperatures.

To manufacture Punica in its ideal consistency, we use the method of reduction under vacuum conditions which imitates Urfa’s solar evaporation techniques.  With this technique, the pomegranate juice is not exposed to high temperatures and is transformed into pomegranate extract by the most natural process.  So, the natural sugar in the fruit does not produce HMF and thus its aroma, its taste of each and every layer, its nutritional values and even its antioxidants remain in its purest form.

WHAT IS HMF? WHY IS IT BAD FOR HEALTH?

HMF (Hydroxymethyl Furfural) is a carcinogen substance, produced in foods containing sugar, as a result of improper thermal treatment at excessive heat. In pomegranate extracts that are produced by prolonged boiling at high temperatures, the natural sugar in the fruit caramelizes and the carcinogen HMF is produced at levels much higher than the health regulations permit.

A low level of HMF is considered a positive criterion of quality.

Choosing the healthiest method had been our priority in the production of Punica.  We succeeded in making our pomegranate extract from pure pomegranate juice, without boiling or direct exposure to thermal sources, by heating to the ideal temperature with the help of evaporators. So, as a result, there is no caramelization and no HMF increase during the process.

Şanlıurfa is the city in Turkey that gets the most sunlight. Its geographical location gives Şanlıurfa a great advantage in solar energy. The sun’s rays hitting the area at an angle of 75 degrees provide an ample amount of solar potential.  This famous Urfa sun, now under research to be used by solar panels, was a factor that shaped Urfa’s culinary culture in the past.

In many regions of Turkey, fruits and vegetables are dried directly under the sun. However, making pomegranate extract under the heat of the sun, almost as hot as the Sahara Desert, is a unique specialty of Şanlıurfa. After the harvest in the months of September-October, the juice of the pomegranates is put in broad and shallow trays and set under Urfa’s autumn sun, that is still hot enough to turn the juice into extract. So, the Urfa’s pomegranate extract is made without exposure to high temperatures and boiling.

This healthy gastronomic tradition of Urfa has been our inspiration in producing Punica. We simulated the effect of the sunlight at our production plant. As a result, our precious pomegranates were not exposed to high heat and boiling. Thus, Punica’s flavor and nutritional values were not lost and remained just as they are in the pomegranates themselves.

AMOUNT OF PUNICA FOR IDEAL FLAVOR

It actually varies according to personal preference. As explained in the F.A.Q section Consistency part, since we do not use caramelization techniques, Punica does not have a very thick consistency. But, the intensity of pomegranate in Punica is, actually, much more than usual. So, in order not to suppress the other flavors of your dish, you can use Punica Pure Pomegranate less than the regular extracts.  You can decide on your ideal amount after a few tastings.

You can age your Punica, at home, in a cool and dry environment (6-18 degrees C is ideal) without opening the bottle.

You can also refrigerate it. In that case, it can keep its young form and bright red color for a longer period of time. However, if you keep your pomegranate extract at below 4 degrees C for a long time, the natural fruit sugar in our extract crystalizes and comes out. This is because we do not boil our pomegranate juice during production and let it keep its natural form without caramelizing the natural sugar.

After removing the lid, you can keep it according to the indicated storage conditions up to the expiry date on the label.

Punica has a long shelf-life due to the fact that pomegranate has the strongest known antioxidants in its content. So, to protect your health and also ensure a long shelf-life for Punica, we include all the miraculous and natural antioxidants from the pomagranate’s membrane, seeds, arils and inner peel in our extract.